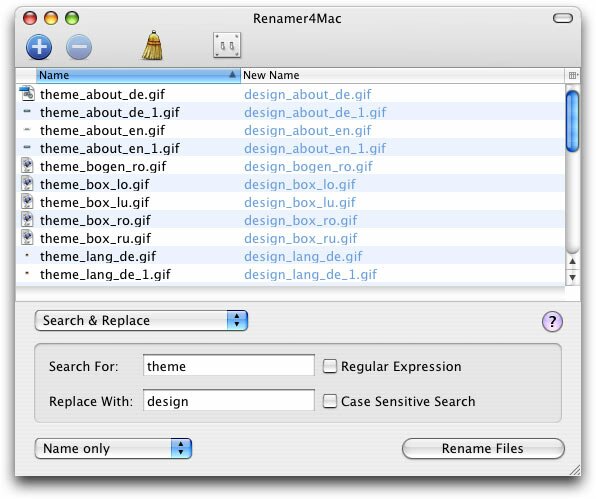 Renamer4Mac makes it really easy to rename a big number of files according to a preset pattern. It lets you rename your files in many different ways:
Search & replace
Insert/overwrite of text
Number the files
Convert upper/lowercase
All can be done with an easy user interface and real-time preview, so you can see how the files will be named just while you’re configuring!

Renamer4Mac is 100% written for MacOS X and it is localized English, French, German, Italian, Spanish, Swedish and Japanese.